We have trees and those trees (unfortunately) need to find their way into our bonfires (and hopefully shelves). So what is a guy to do – except buy a chainsaw! Did I mention a small part of this project was so I could buy/use tools? I mean – like the smallest part my love (that’s for Kori if she’s reading – the rest of you know the truth).

I wanted to try out some electric chainsaws because:

When they’re not running – there’s silence. Something I consider golden, and a good idea when you have neighbors who might not appreciate the noise at 3 A.M. Gas-powered chainsaws are always idling between cuts.

The price point is somewhat close to a gas-powered chainsaw.

I can use the batteries from the chainsaw in other power tools I may be forced to acquire to complete other tasks.

Electric chainsaws don’t smell like gas when they’re rattling around in the back seat of your car. During previous winters where I lived in the forest – I always kept a chainsaw with me to cut myself out through the road where trees had fallen. But my car always smelled of faint gasoline which wasn’t my favorite. 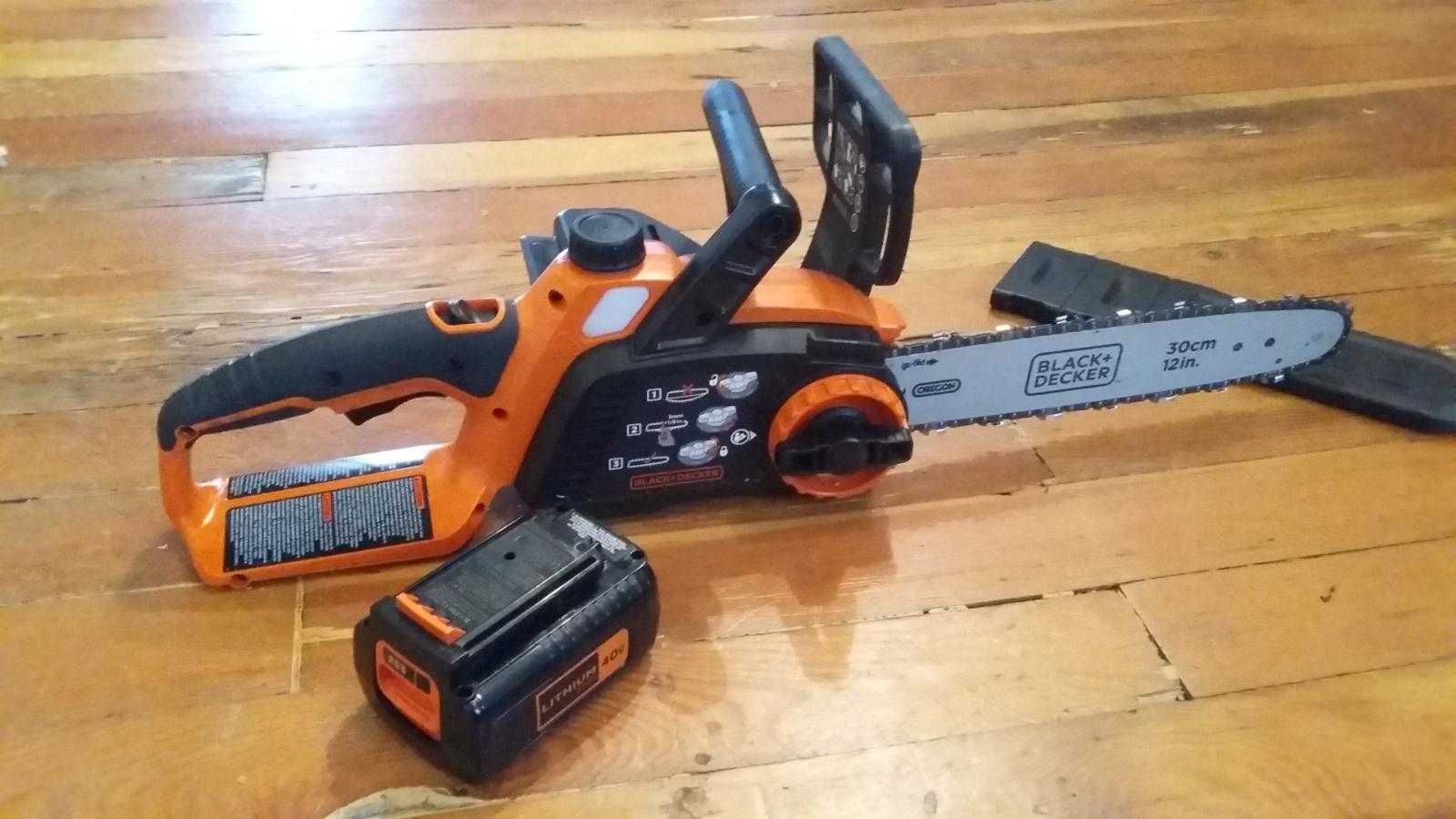 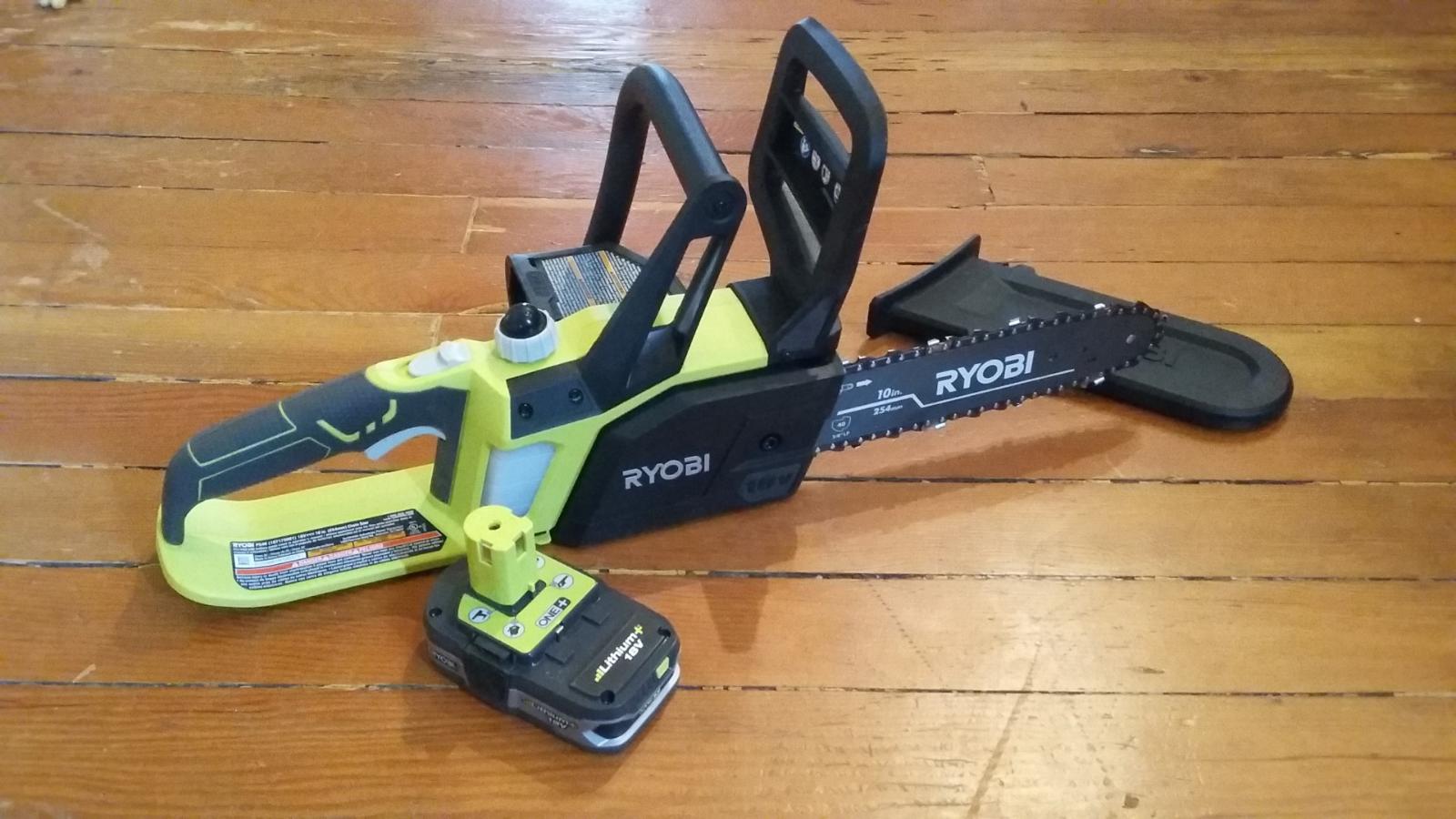 You’ll note in both cases I ended up with two batteries to maximize chainsaw cutting time. Both manufacturers make claims about cutting time and recommend max tree size to cut with each chainsaw. Also, both of these are entry-level chainsaws not meant for a day of cutting, but were within my $250 budget.

So to the forest my love and I went, to see about a tree. We cut down two trees de-limbed them with the chainsaws. And what did we think….?

Some of you might not be surprised by this revelation because you doubted from the start – but I had my hopes.

Both chainsaws only lasted for one tree. These weren’t large trees (maybe 8″ diameter) so felling them wasn’t too hard. However, both chainsaws struggled a little while making the angle cut in the hinge joint. They sounded like they had plenty of torque but still bound up a little. It was really the de-limbing that did both in. I used both batteries on each chainsaw to complete the task and that’s really just a sad limitation.

Then there was the battery charging time. Although I had the best charger available for these batteries they took between 6 and 8 hours to recharge. That means up to 16 hours of charging time to fell and de-limb one tree. That’s not particularly economical when you have more tasks to accomplish.

We did both enjoy the light-weight aspect of the chainsaws. They were very easy to handle although the batteries definitely cause a weight bias cutting.

The silence between cuts was also really nice. It kind of let one revel in nature after the crash of a felled tree – it was nice. 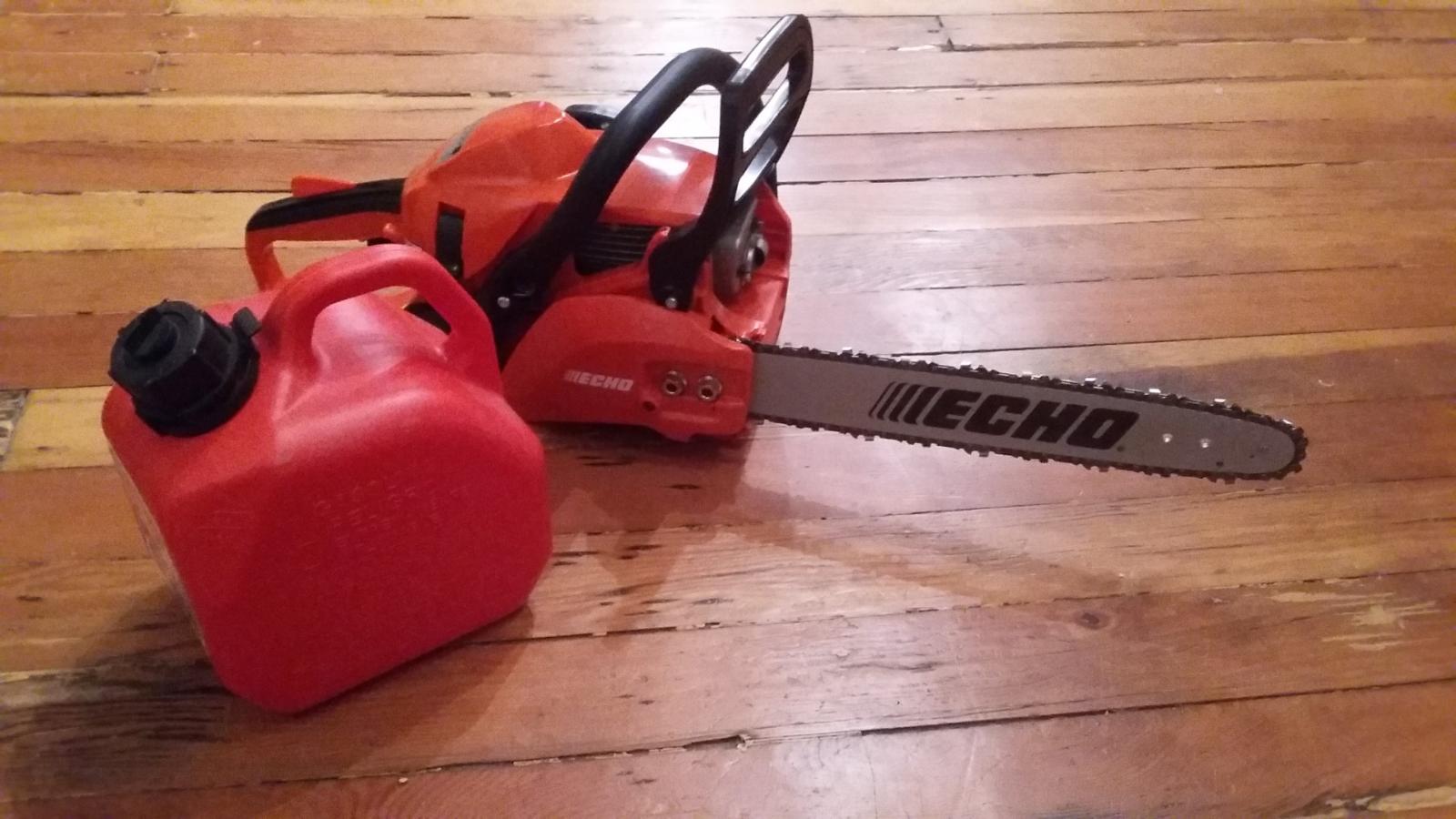 I’ve been out to cut trees twice with this thing and its a champ. Well-balanced in the hand, takes on big trees, and when its out of juice – a quick top-up and were back to cutting.

I like the idea of an electric chainsaw and will try one again in the future. But unless they close the gap on cutting torque, and extend battery life – its just not a viable solution for actual use in this application. But if I had a little bit of limbing to do from time-to-time, and didn’t mind waiting hours to recharge the batteries – I could see making the switch.