It is currently slow, behind schedule, above budget, frustrating and terribly stressful as deadlines approach. But won’t it be nice to sit in that sunlight, curled up on a couch one day? 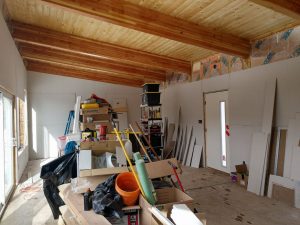 At this point we were at our wits end, living in a weird room in a friends house with an aggressive scary dog.

We decided the best thing to do was to hire professional drywallers and get the job done faster and more efficiently.  And to give ourselves a tiny break.

We hired a friend of mine, generally known for his integrity, who runs a construction business.

And from there on it was nothing but problems.  They didn’t show up when they were supposed to.  They didn’t do the job correctly.  They left materials out to get snowed on.

In the end, we finished the job ourselves.  Frustrated.  More at our wits end.  And now with my car totaled from sliding it off the road one night after checking up on the contractors.

It was a tough month.  I don’t speak to that friend anymore. 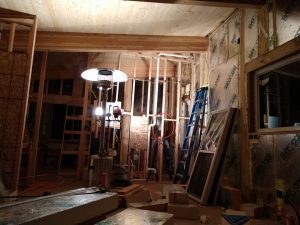 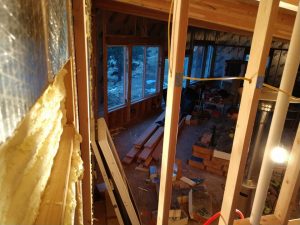