You know one thing I never expected to disagree with Kori about on this project? Light switches. But we found ourselves at an interesting impass a few weeks back and it led to some really amazing discussions. How many lights switches does one small house need? Well below is a picture of all the light switches in our house as they were and are now.

When I initially put switches into the drawings I followed the rule that wherever you were, you should be able to control the sets of lights closest to you. So at the edge of the kitchen/living room you should be able to control all those lights. This is how our current house is setup and it works pretty swell. Unless you’re on the wrong side of the house and then you have to walk across it to get the lights you want.

Kori argues that this is actually already a stupid setup because you have to think about where you are in the house for what lights to control. She argues that all the switches should be centrally located in a small house becuase when its time to turn out lights – its way easier to do it in one location.

I initially disagreed with her, but the more I think about the logic of central lights – the more I like it. I could argue that every external entrance should have a light switch, but honestly it may still be excessive. And of course each switch we eliminate saves us cost and time on the project. But finding out we want one later has a much higher renovation cost.

Take a look and see some description of our thoughts below: 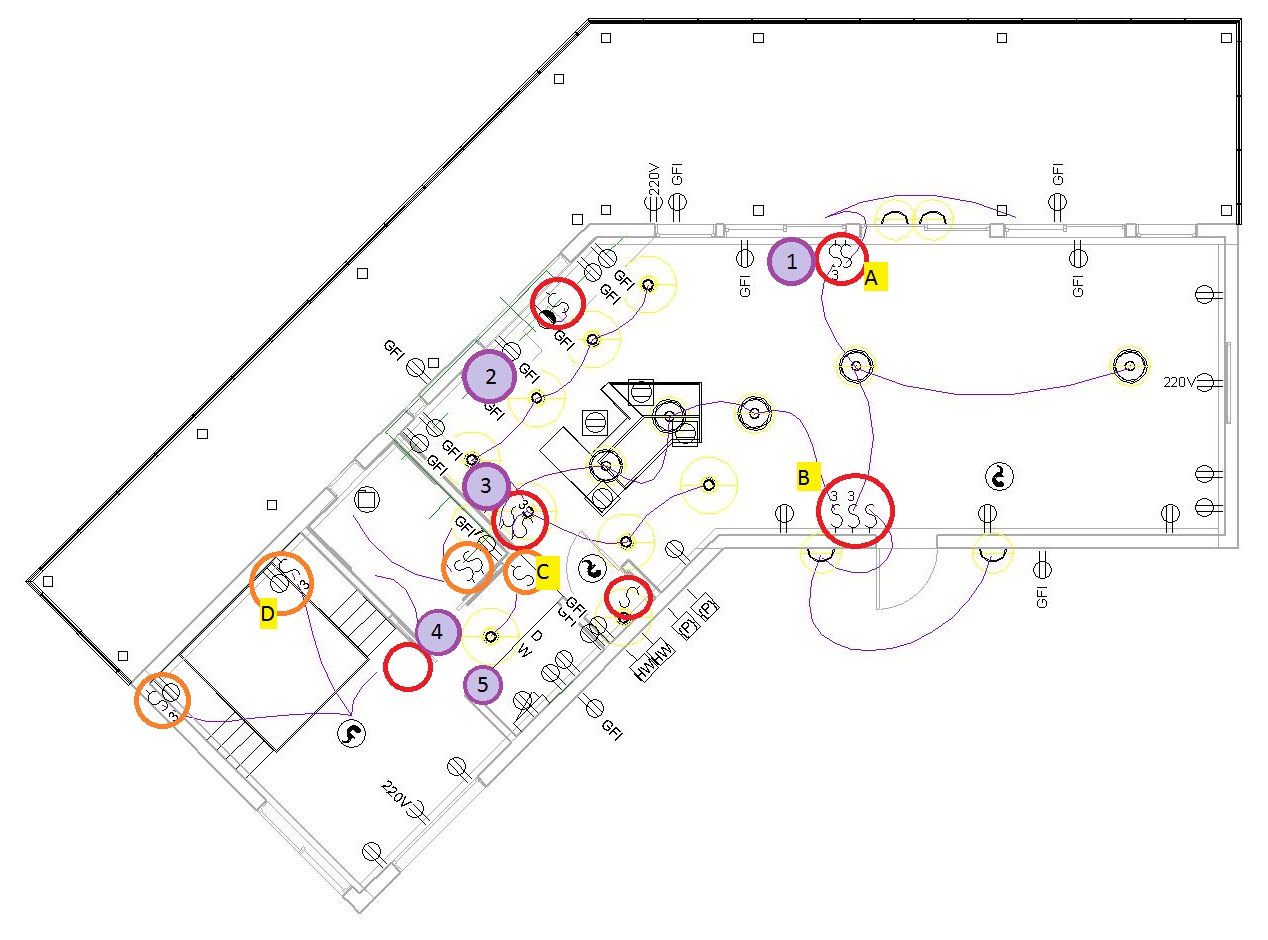 Initially there were light switches (that we’ve already removed) in all of the purple circle locations:

Still up for discussion are the lettered locations:

So how many lights should our house really have?

Should we control all lights from a central cluster or maybe just two locations?

We are still trying to decide but will need to decide quickly as we are closing in on architect and final plan time.